Premiere of The Bridge on Topic

Excited to announce my directorial debut, The Bridge, is now available to watch on Topic's platform. Filmed in four cities between the US and Mexico, the short documentary follows the story of Jesenia and Luis, a binational couple separated by immigration laws in the US, as they embark on a personal journey towards the El Paso - Ciudad Juarez International Bridge. Focusing on universal subjects such as love, family, borders, migration and belonging, the film digs into their realities as well as Ruben, the wedding officer in El Paso.

The premiere in the US and Canada coincides with Hispanic Heritage Month and can be seen there on Topic. For those who have no access to this platform for film lovers, you can see it through the link on Films tab on this website. 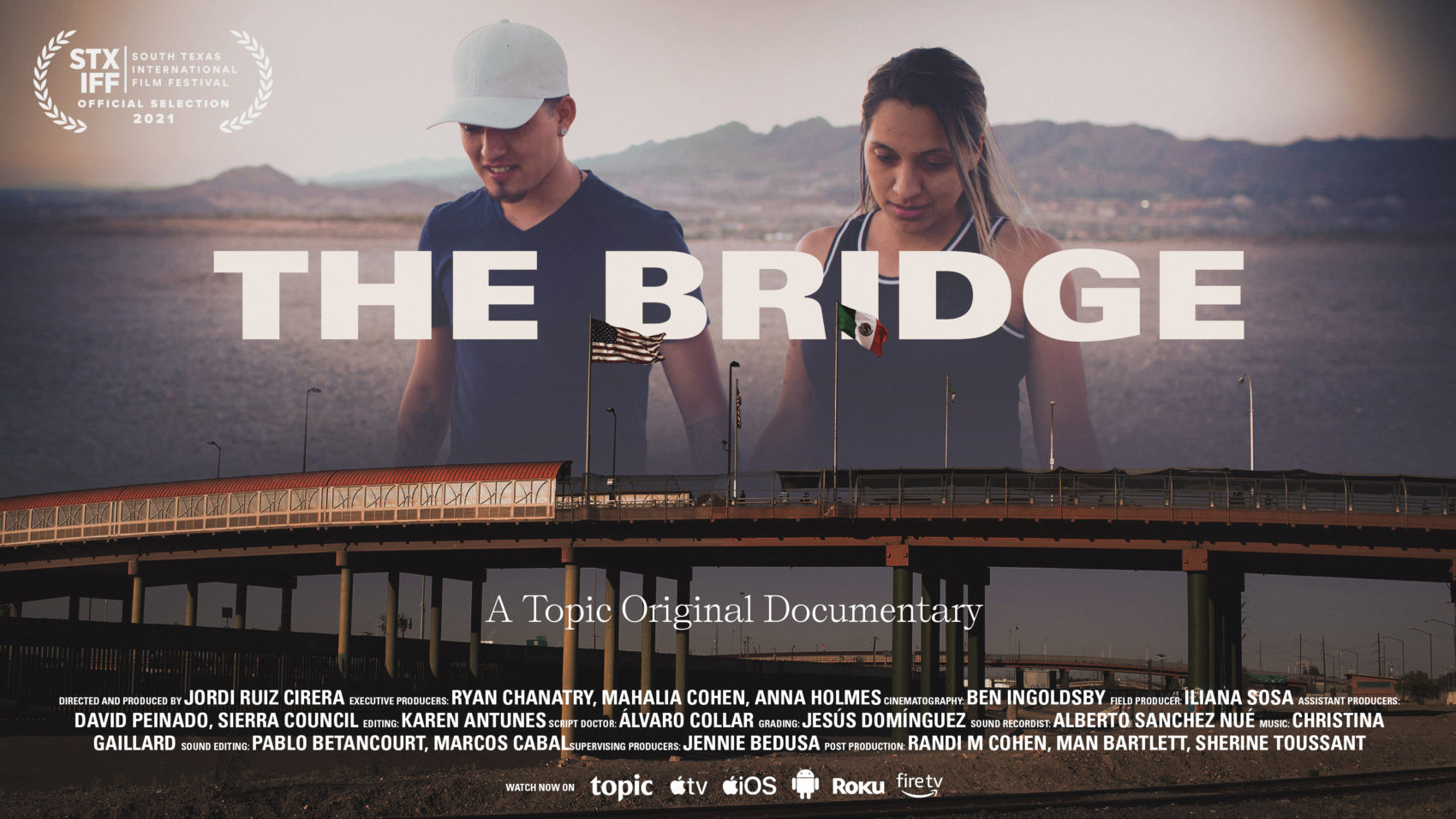