The film Mitad y Mitad, which I shot and directed last month in Juarez, has been published on Huck magazine’s website and can be seen here. The film follows the daily commute Karla Nutter makes between Juárez, Mexico and El Paso in Texas.

“At 22, Karla is among the 2.7 million people who make up El-Paso-Juárez-Las Cruces, one of the largest bi-national regions in the world. In any other metropolitan area her commute to work would take 20 minutes, but things are slower when you have to cross an international border.” A collaborative piece of work made with a great team, the project was edited by Isabel Freeman and produced by Isabel, Andy Kurland (who also wrote the accompanying article) and myself. 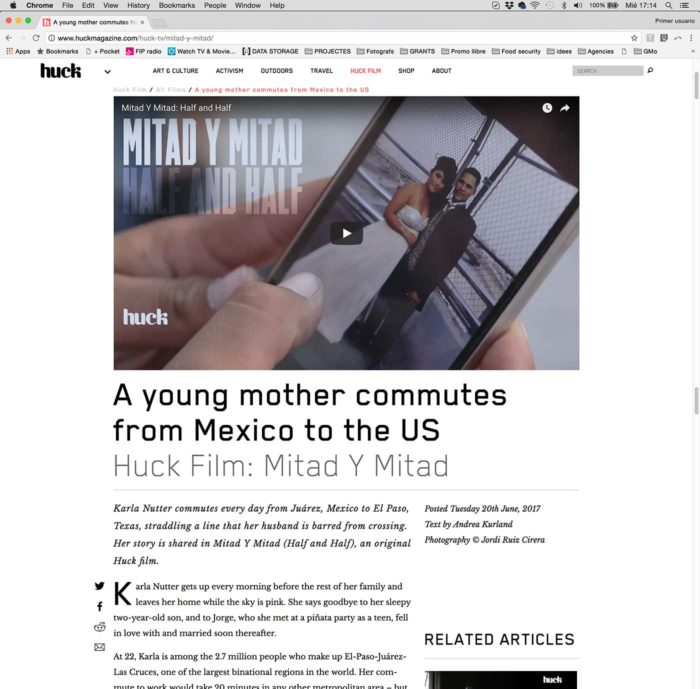