This summer I spend two days roaming around Mexico City with a team of ajustadores "adjusters" documenting their work for a book designed by Panda und Penguin studio in Switzerland for Zurich Insurance Group to mark their 150th year anniversary.

"Mexico City at last count had 8.9 million residents. And including the people living in its greater metro area, residents number around 20 million! Naturally, they might occasionally need to file claims. Especially as the driving habits of big-city dwellers in Mexico can leave something to be desired. Very often, the biggest vehicle has right-of-way at intersections. Lane changes often involve psyching out other drivers. Traffic congestion is a way of life. In fact, according to one study, the average speed on roads in Mexico City, as the population has grown, has dropped to 11 kilometers per hour – around the same as in 1910, when horse-drawn carriages were still on the roads."

Ajustadores are agents on wheels who navigate hazardous roads, poor weather, unfriendly neighbourhoods and potentially volatile situations on a Honda RR 600cc motorbike to help customers at the scene of motor accidents. “In Mexico it is imperative for an ajustador to arrive at the exact location of the incident to help our customers avoid a long legal process. It means we spend most of our time on the road so we have to ride with caution,” says Alondra, who has been a motorcycle ajustadora for nine years.

You can see some photos below and the book and its other stories here. 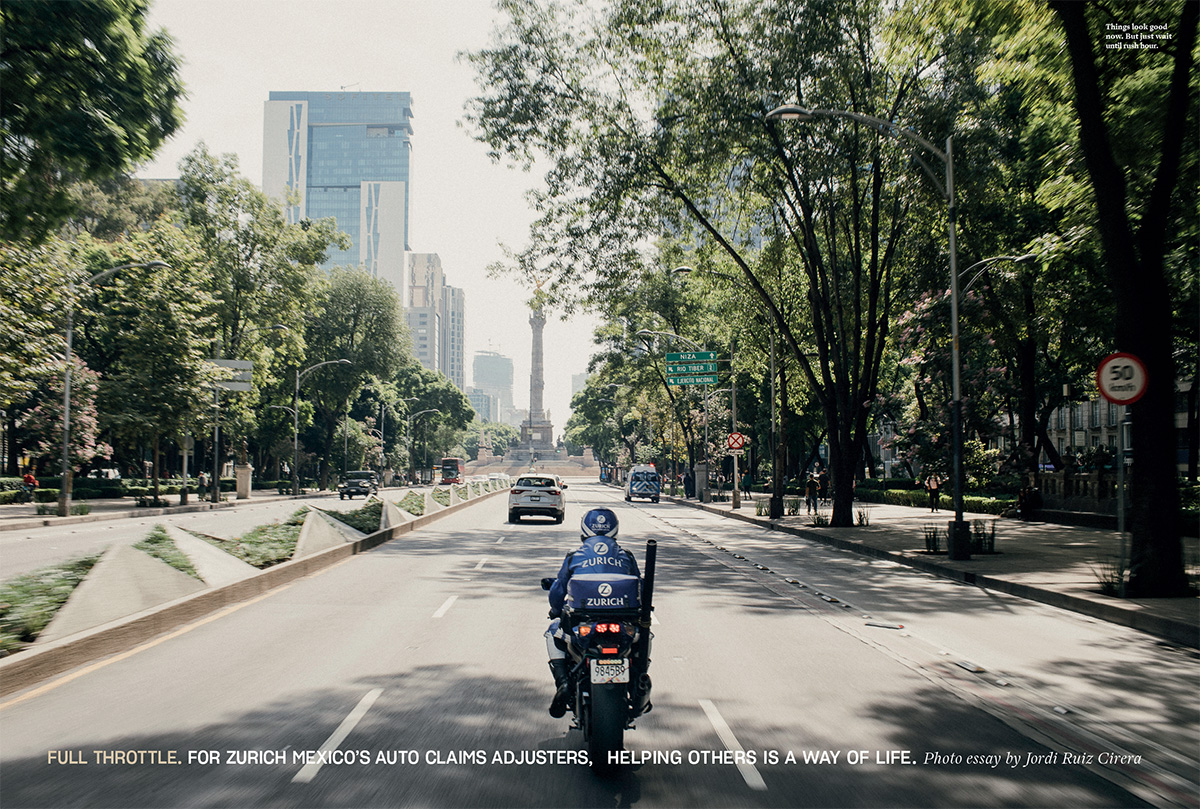 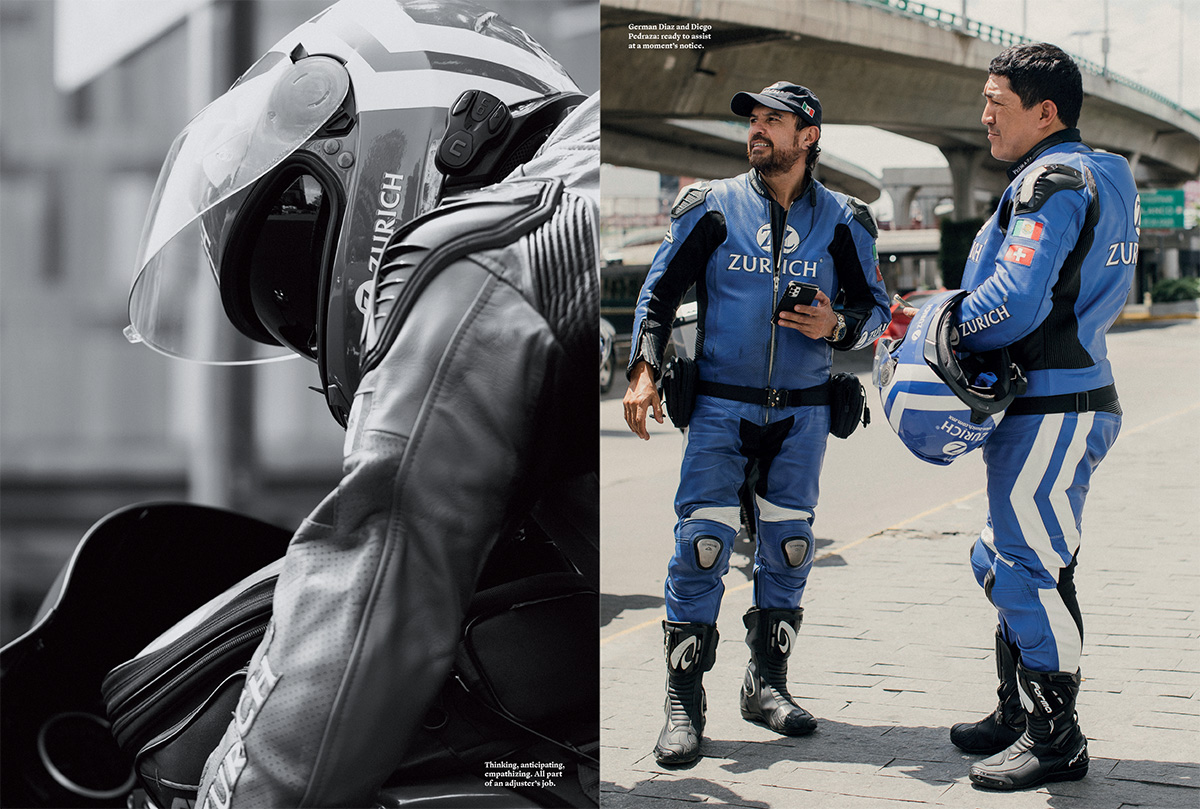 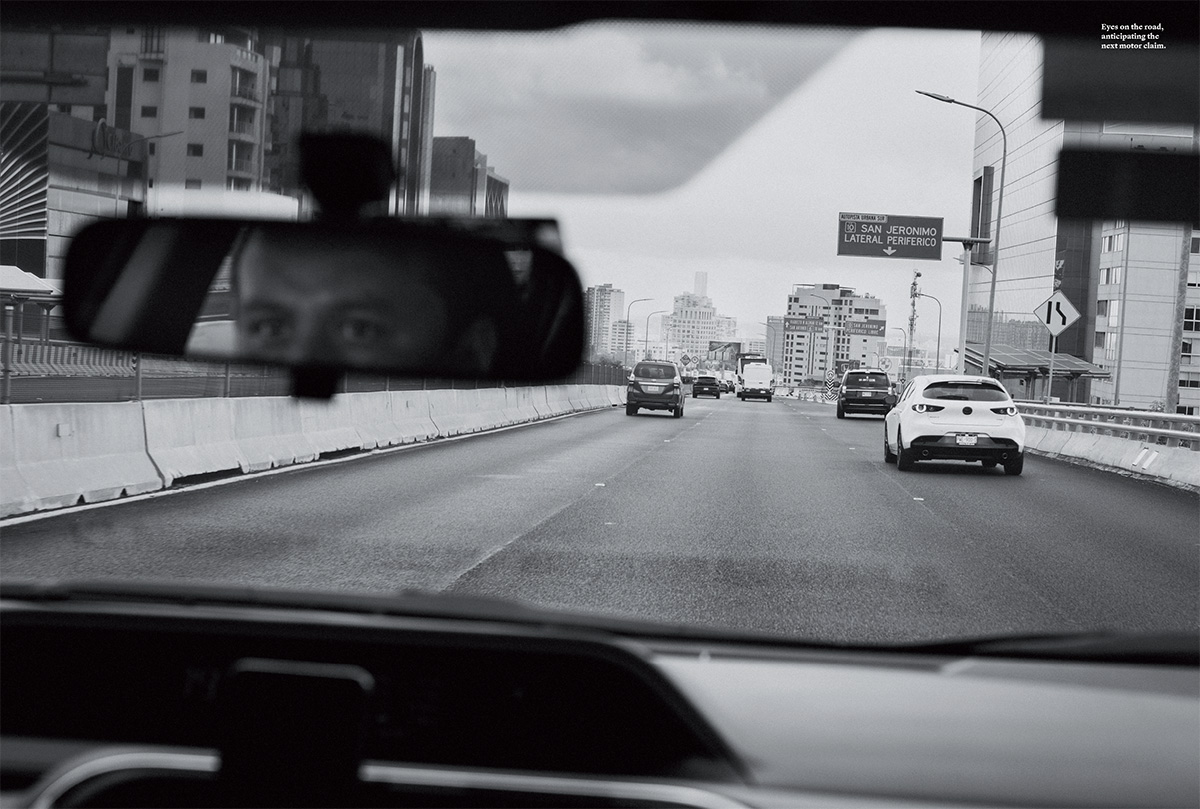 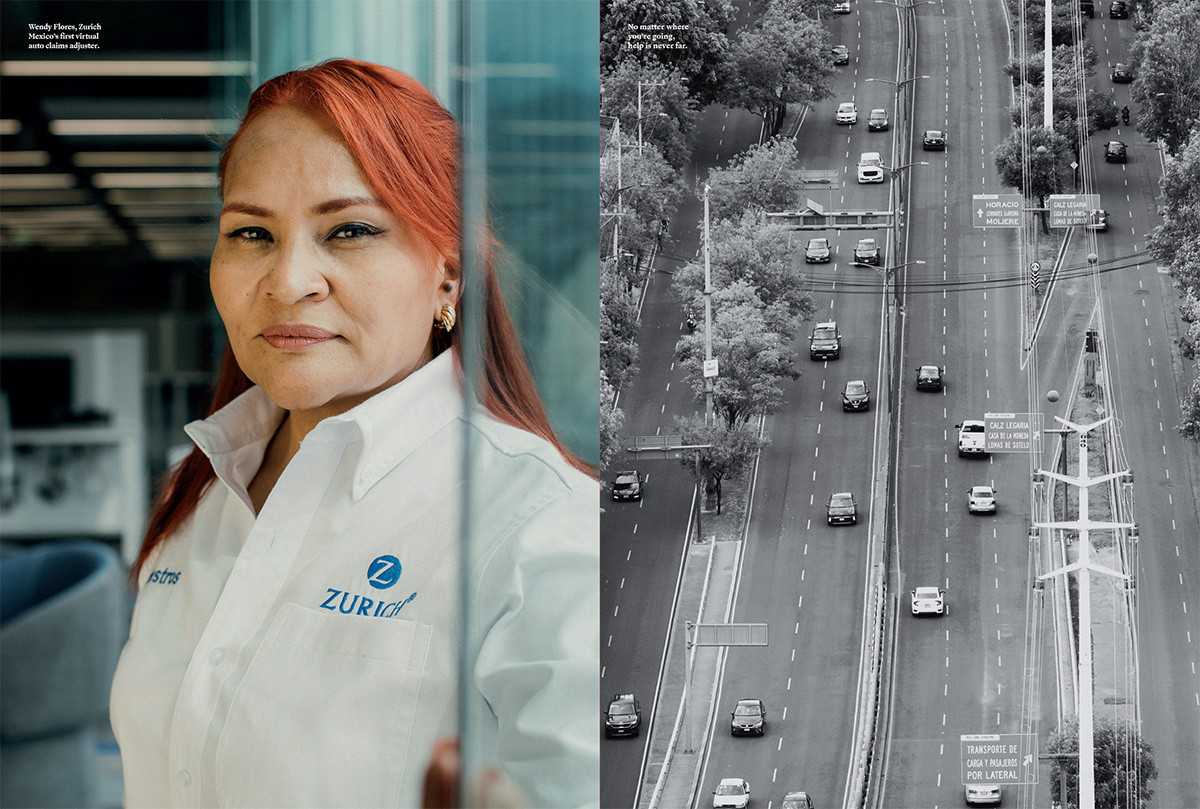 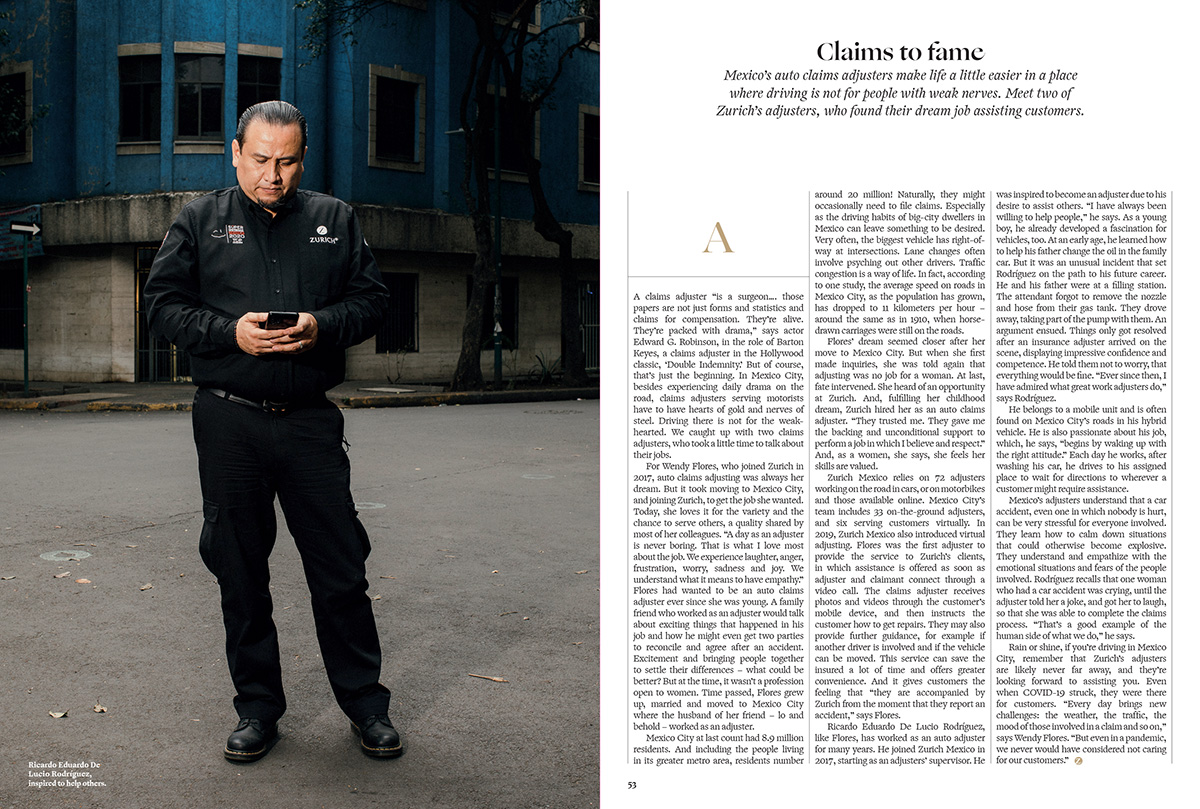