Looking Across the Border for Topic

In December 2018 I went to Tijuana, Mexico, for Topic to direct the documentary series "Looking Across the Border" in which we asked migrant and asylum seeking kids and teens what they thought their life would be when they crossed the border. Their responses, which detail dreams of school, skateboarding, and freedom from violence, stand in sharp contrast to political rhetoric and the harsh circumstances that brought them here in the first place. The work was done with cinematographer Ben Ingoldsby, sound designer Alberto Sánchez Nué and editor Irené Baqué.

A week after the release Kira Joseffson interviewed me about the series and on my work along Mexico and specially along the northern border, you can see it here. 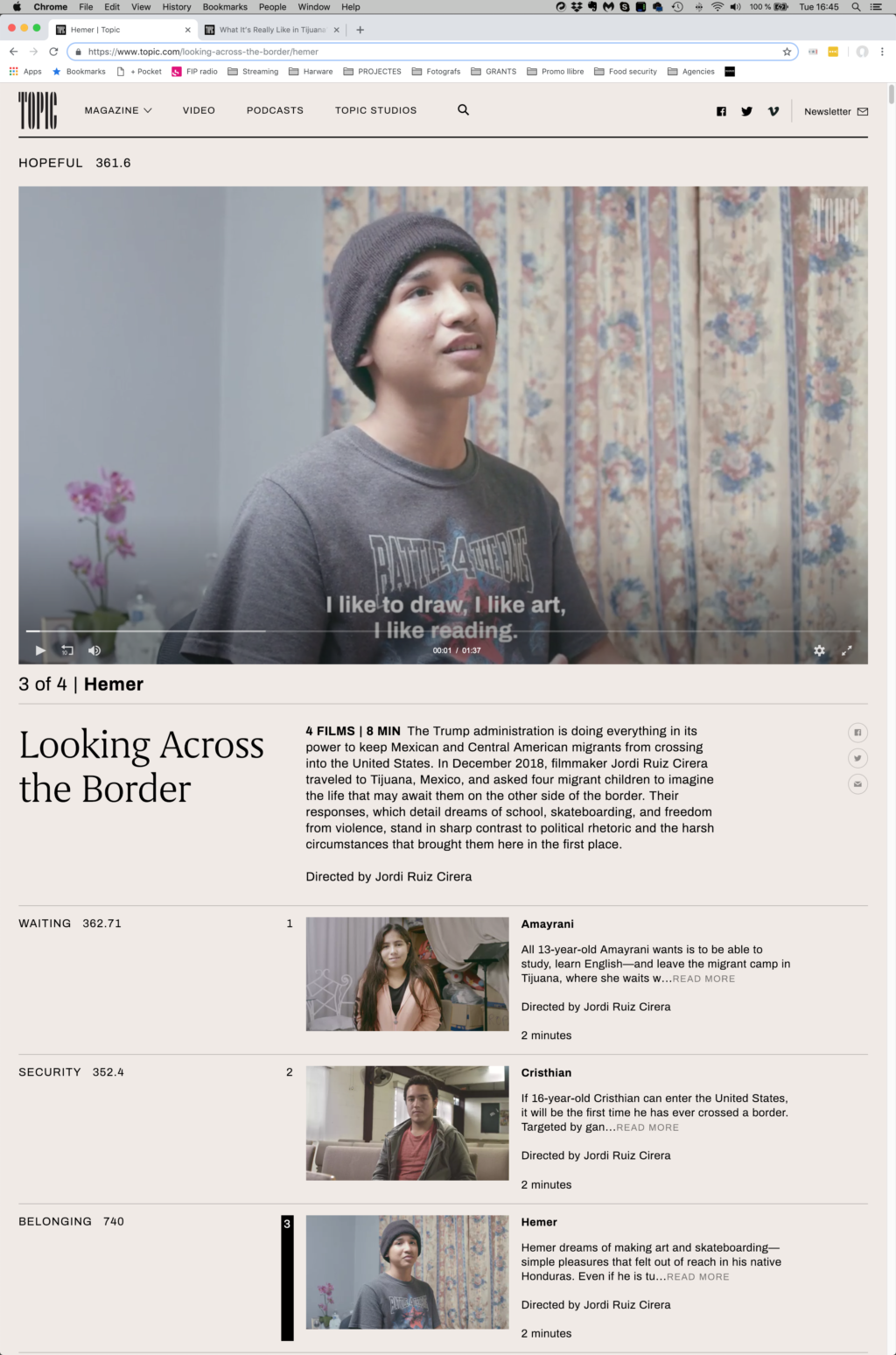